A dirty picture in a golden frame 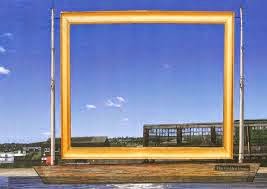 You think you know a place until you talk to people who know it better. Last Tuesday, I was lucky enough to work with Anne Grange and patients at Newholme Hospital in Bakewell, gathering some of their reminiscences about favourite places. I started the sessions by reading some of my own poems about Derbyshire landscapes and then everyone shared memories of their own favourite spots around the county - I found out about Cromford bear pit, dancing bears at Belper, the curious shop at Castleton and heard more ghost stories than I could shiver at. It might only have been 2 o'clock in the afternoon, but it was still
chilling to listen to people recounting tales of the Grey Lady at the old hospital.

The session also introduced me to a saying about Sheffield that I'd never heard before - apparently the industrial city used to be known as 'a dirty picture in a golden frame', steelworks and factories held in the palm of the Peak District. That saying formed the basis of a group poem which I'm sharing with you here with kind permission from Anne.

Anne will be working with everyone at Newholme Hospital to produce an anthology of poems later this year. It was a real privilege to share an afternoon with them.


A Dirty Picture in a Golden Frame

Summer holidays spent in Hathersage
Our milkman uncle used to take us around the village
Clopping in his cart – it was busy, even then,
With day-trippers from Sheffield – lots of cyclists.

Now cyclists and walkers travel the old railways
Cinder paths from Monsal Head to Cromford
HS2 will speed through Belper; the greenery a blur
No time for Awkwright’s Mills; the Derwent’s flow

Lumsdale’s waterfall, tranquil ponds and woodlands
A space to stop and think: that it all started here
Spinning cotton, grinding corn, the wheels kept turning
Back-breaking work in the mills, now ivy-covered ruins.


And trees grow where the factories once stood.